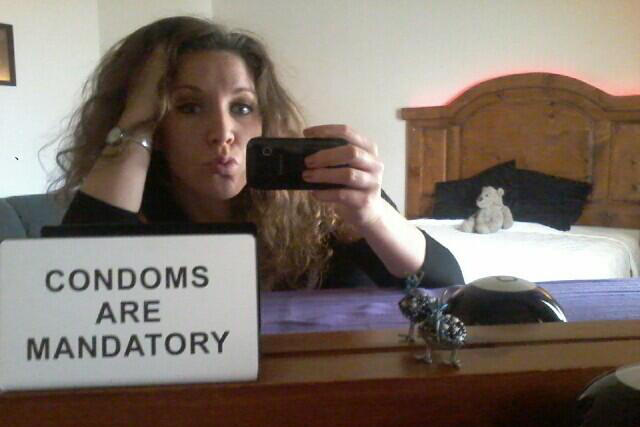 Technological triumphs often have unanticipated uses. When two-way telephone communication occurred for the first time way back in 1876, Alexander Graham Bell and Thomas Watson had no idea that the miraculous invention they helped bring to the world would one day be used by telemarketers to disturb dinners from coast to coast, interrupting the private moments of innocent people with exasperating uninvited solicitations.

The selfie, while not nearly as vexatious as telemarketing, is an unexpected consequence of the technological achievement known as the smartphone.

An estimated one in five people possess a smartphone that allows them to access and contribute to a worldwide information network. For the first time in history, individuals can share data across the globe with a vast number of people, easily and instantaneously.

One type of media that seems to be shared more often than any other is photographs of ourselves taken by…us. These ubiquitous, narcissistic self-portraits have recently become so popular and culturally relevant, that Oxford Dictionaries announced “selfie” as their 2013 word of the year. At the time of this writing, a dance track by The Chainsmokers titled #SELFIE is topping the charts. By 2013, there were over 35 million selfies posted to Instagram, and the number is rapidly growing every day.

It should come as no surprise to savvy internet users that the most popular selfie of all time, the Ellen DeGeneres 2014 Academy Awards selfie, was actually a marketing stunt for Samsung. Selfies, like all types of media, can be used to successfully, and shamelessly, promote a product or service.

Since the prostitutes operating in Nevada’s legal brothels have been known to indulge in self promotion from time to time, the twitter-sphere is awash with selfies from these opportunistic working women.

Below is a selection of  recent selfies from Nevada’s prostitutes, beginning with a gentle reminder from Phoenix that she, like all legal courtesans, only practices protected sex.

Destini, recently voted Courtesan of the Year, takes advantage of the popular #MirrorMonday hashtag and joins the millions of scantily clad young women who unapologetically take pictures of themselves in the mirror every day.

Some legal courtesans prefer not to share their face with the internet, so they find creative ways to offer a glimpse of their style and personality, like Juna does in this elegant selfie.

Come party with me before I leave at 9:00pm tonight! I won’t be back until 4/8 pic.twitter.com/2um7pM7rOY

Brothels in Nevada often offer a line-up, where a customer may choose from the selection of available courtesans. Angelica captures one in action.

Look how all line up @SherisRanch. Just for you! pic.twitter.com/IVRxgvm5yc

Seductive Mia Cummings taunts viewers with a sneak peek as she prepares for a luxurious bath.