Nevada Brothel: A Model for a Positive Workplace for Women

The #MeToo movement is one of the most significant social and cultural movements of the 21st century thus far, ushered in by the throngs of women (and men) that broke their silence and shined a bright light on the sexual harassment issue in America. One of the many positive impacts of the movement is the discussion it has generated surrounding how women have traditionally been mistreated in the American workplace. This discussion will hopefully lead to a positive and permanent shift in the workplace paradigm, allowing deserving women leaders to emerge where they were once suppressed and marginalized. This discourse will also, I hope, allow women managers to openly discuss workplace models that cultivate a fair and prosperous environment for female workers – even when these models are representative of a non-conventional career choice, such as sex work.

I like to consider myself a self-made woman who grew up in a low-income household and had to struggle for every achievement. Working full-time at various positions in the political and entertainment sectors since the 1980’s, I’ve been intimately acquainted with just about every hindrance working women face – not the least of which was being overlooked for promotions and being paid far less than my male counterparts. Thankfully, when I was a younger woman, I was noticed and mentored by more experienced female colleagues that helped teach me the management and people skills necessary to eventually attain a leadership position in a successful company and become the breadwinner of my family. That position? I am currently a madam in a legal brothel in Nevada.

Sex work is a stigmatized field, so it’s no surprise that sex workers are often left out of conversations about women in the workplace. This is unfortunate, not only because there are so many women across this country that practice some form of sex work as a profession, but also because sex workers operating in legalized conditions are often among the most financially successful and self-reliant professional women in the United States. At Sheri’s Ranch, the licensed brothel I manage, I believe that we have cultivated a workplace model where women providing sexual services can thrive in an environment that is fair, safe, respectful, and lucrative. Below are the reasons why I feel that a brothel, particularly one that is legal and legitimized, is an excellent example of a positive workplace for women. 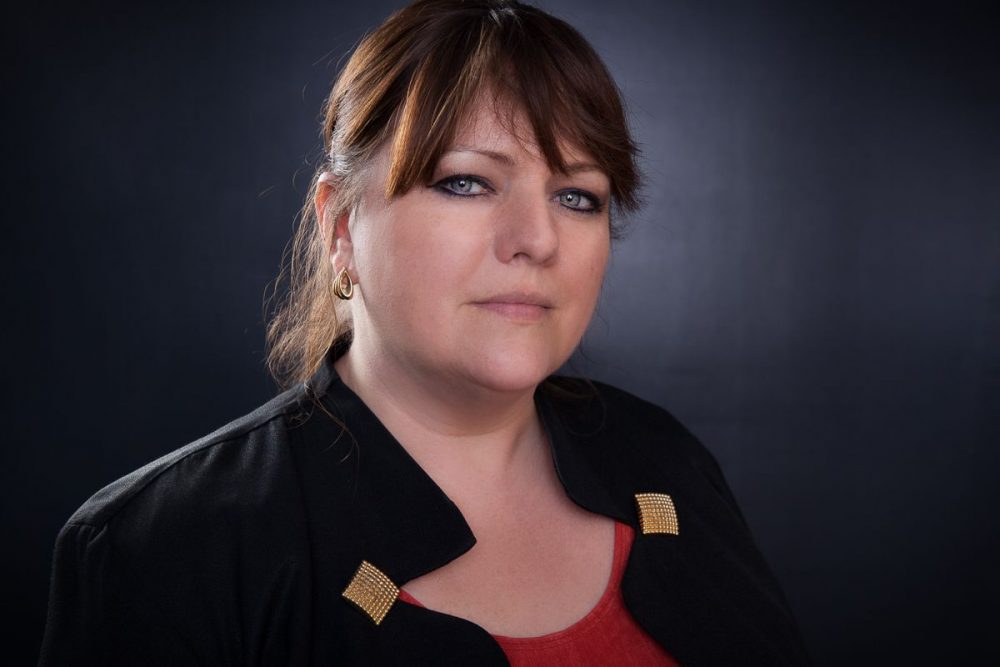 Dena is the madam of Sheri’s Ranch, a legal brothel near Las Vegas, Nevada

While Sheri’s Ranch employs men (and women) in support and management positions such as maintenance and operations, the primary role, that of sex worker, is exclusively held by the 150 or so female entertainers currently in circulation. Aside from the money made from our restaurant, bar, hotel, and gift shop, the overwhelming majority of revenue is generated by the services provided by sex workers, obviously making these women the highest paid workers in the establishment. These women split profits 50/50 with the house, so that the brothel can compensate support staff and management, and maintain the property, but nevertheless these women are by far the highest earners in their workplace.

All of the women working at Sheri’s Ranch are independent contractors that set their own prices based on how each individual sex worker values her services. While I may collaborate with these women and make suggestions that may improve their negotiation and sales skills, there are no constraints as to what a woman may charge and no limit placed by management on the value of a woman’s work.

Getting paid what we’re worth is a big issue for working women. The brothel’s solution: let the woman decide what her services are worth. Don’t put a limit on what a woman can ask for and you’ll discover that her clients will pay her what she desires.

Establishing an environment where a woman can essentially name her own price for her work isn’t enough. A woman also needs to know that she has a reasonable degree of control over her work and is empowered to make her own decisions. It’s not only about what a woman chooses to do within her chosen profession but also her ability to choose what not to do. At the brothel, no sex worker is obligated to perform services with any client. All sexual activity is 100% consensual and women can refuse any customer at any time for any reason.

Additionally, many sex workers have families, businesses, or other obligations outside of the bordello, so the women have the opportunity to set their own schedules. As long as I have availability in my books, I can schedule a lady in a way that best suits her lifestyle. Some women work at Sheri’s one week every quarter, others work upwards of three weeks out of every month. It’s all dependent on a woman’s personal preferences and what works best for her.

One of the biggest concerns for many women in the workplace is the profound shortage of women in management positions. In the event that an issue of any kind arises — not the least of which being a situation that makes a woman feel uncomfortable, such as perceived mistreatment or harassment — it’s important that a woman has a female leader to confide in. This is a big reason why workplace diversity is so important – so that workers can identify with and reach out to leaders that authentically understand a worker’s concerns.

At Sheri’s, there is no shortage of women in management positions, from our shift supervisors to human resources personnel. A woman in a supervisory role is always available for sex workers to reach out to and confidentially confide in. I often say that the brothel is my second family because a big portion of my responsibilities is being open and understanding, listening to my workers, and helping them navigate difficulties. Knowing that I’m there for them is very important to the women I manage, and their trust is something that I truly appreciate and take very seriously.

Of course, women need to be respected in any workplace, but I think that respect is doubly important in the sex work industry. I have a zero-tolerance policy for anyone that comes into the brothel and unfairly criticizes, insults, or demeans the sex workers or their customers. While we very rarely have an issue with an unruly client or visitor, it’s important that everyone understands that just because a woman is a sex worker doesn’t mean that she can be treated like an object. These ladies are not playthings, they’re legitimate members of the American workforce providing a highly coveted service to people that genuinely yearn for and need intimacy.

Also, because sex workers (and women in general) have been marginalized for so long, it’s important to cultivate a workplace that encourages sex workers to express opinions and ideas that can positively impact day-to-day operations and, more importantly, to give credit to women that have been doing a great job. Many managers, including myself, often take for granted the daily achievements of the people we supervise. I try my best to remember to recognize the amazing things the sex workers at Sheri’s are accomplishing every day. These women, in the face of stigma, are pioneers in the incredibly successful 50-year legal prostitution experiment in Nevada. It’s too easy for us doing the day-to-day work to forget that these brave women are making history – and setting an example for why prostitution should be legalized throughout the United States.

Dena is the madam of Sheri’s Ranch, a legal brothel in Pahrump, Nevada, and a proud mother and grandmother.