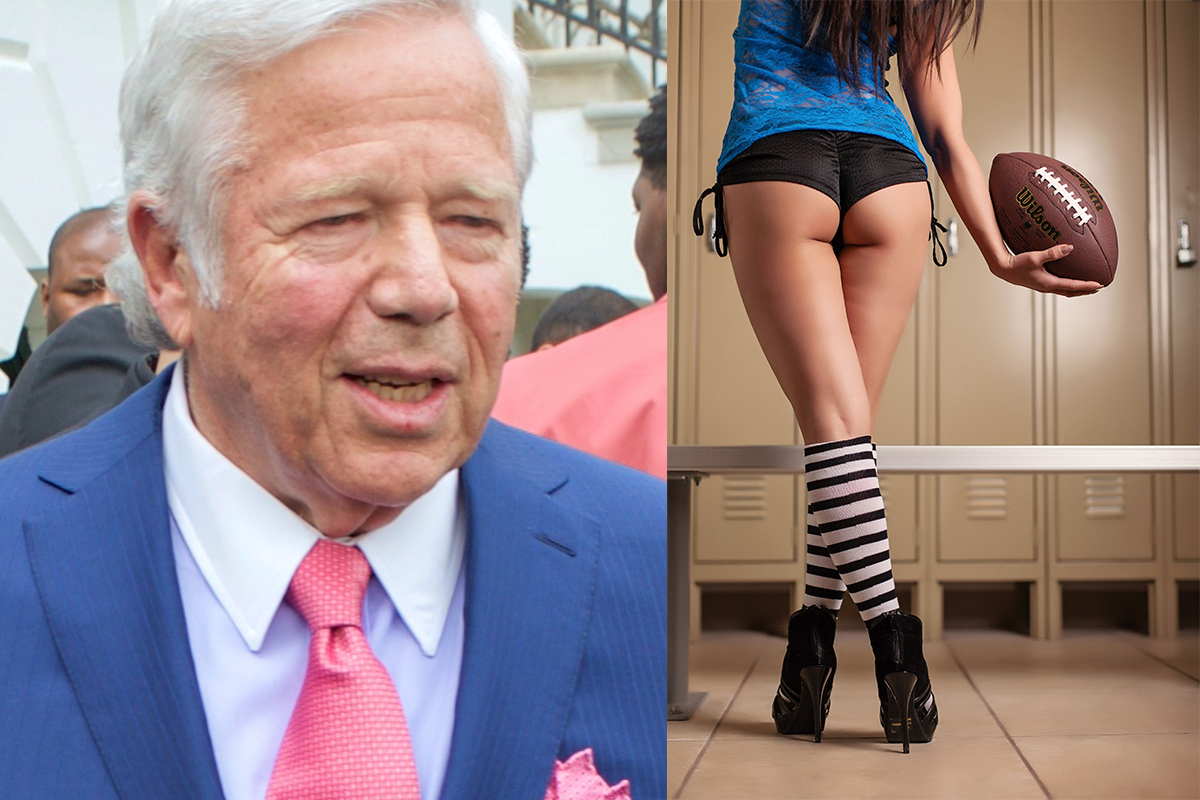 This morning, the owner of the New England Patriots, Robert Kraft, is being charged with soliciting prostitution illegally at a spa in Florida, where surveillance video caught him in flagrante delicto. To say that this is a black mark on the Super Bowl champions is an understatement.

This arrest brings to light something that the courtesans and staff of Sheri’s Ranch have known for quite some time: the professional sports world’s desire for prostitution is massive and virtually unquenchable.

There is a rich history of athletes and sports professionals getting busted with prostitutes — Warren Sapp immediately comes to mind for soliciting a pro during the 2015 Super Bowl — yet, for some reason, the vast majority of influential NFL figures still choose to satisfy their limitless desire for no-frills sex with an illegal hooker.

Thankfully, several informed athletes and sports professionals choose to do the right thing and enjoy their dalliances at legal Nevada brothels like Sheri’s Ranch, where a public figure’s privacy, reputation, and health are protected.

We’re all fans of the NFL here at Sheri’s Ranch and we understand the importance of maintaining the reputation of the owners, athletes, and support personnel working for the league.

In an attempt to prevent what happened to Robert Kraft from ever happening again, we have a proposition for the owners of the NFL.

The sex workers of Sheri’s Ranch are willing to offer consultation services and proper prostitution training, for a relatively small fee, to the owners of NFL Franchises and all league employees. In these sessions the harlots will educate the sports world on the benefits of visiting a legal Nevada brothel, including but not limited to:

Let’s take care of this problem before it truly does become an epidemic and ruins the reputation of another great NFL team. Contact Sheri’s Ranch and book prostitution training for your franchise today.

Jeremy Lemur is spokesperson for Sheri’s Ranch. He was formerly a staff employee of the NFL, and a former member of the NFL’s Diversity Council.