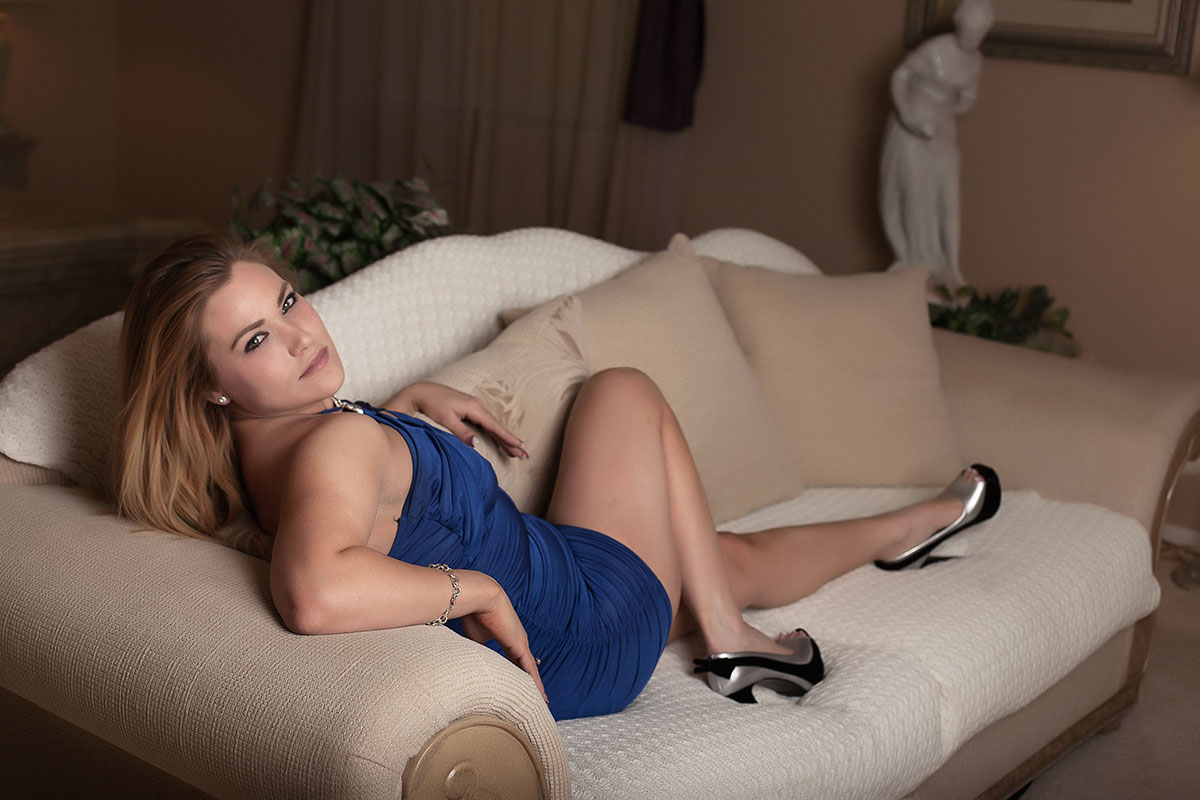 As a legal prostitute, it’s vital to my business that I’m able to attract men. Many people think that being an enticing, magnetic object of desire is a trait that some women are just born with. While some ladies may be more inclined to be heartthrobs than others, successful prostitutes know that allurement is cultivated, not inherited. Every experienced sex worker has a secret bag of tricks that they use to turn men on and keep them coming back for more.

As a successful working girl in the Nevada brothel scene, I’ve learned a thing or two about what works to drive men crazy. Here are seven tricks that have always drastically improved my chances of landing a client, so that I can get him into my room and have my way with him. 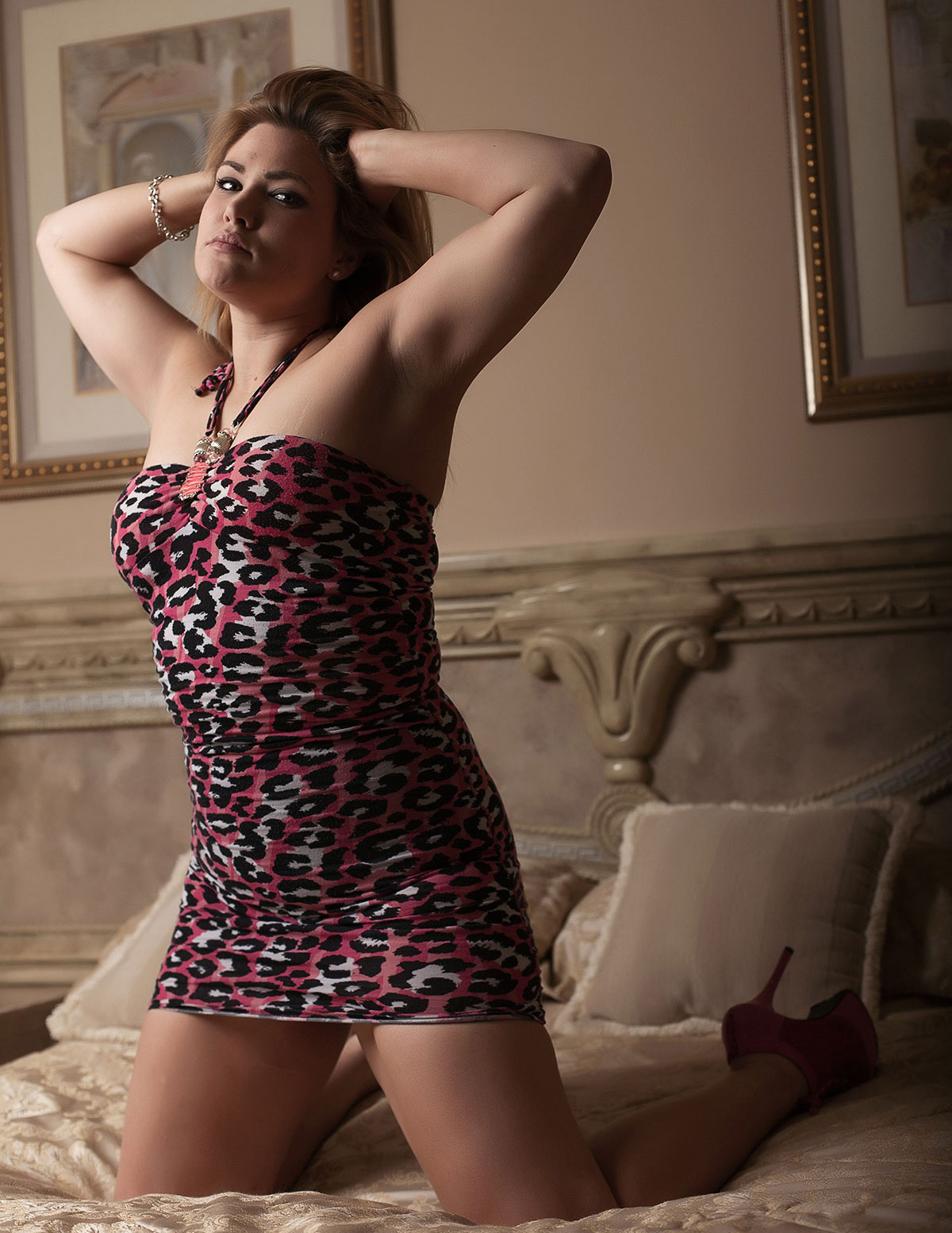 I wear red outfits often – and when my clients see me in them, they come off sooner rather than later.

Red is an aphrodisiac for men because it subliminally signals a readiness for sex and romance. The color often appears as a symbol of passion, lust, and fertility in ancient mythology and folklore. For whatever reason, men are hardwired to be attracted to a woman in red. When an experienced prostitute rocks the color and turns on her charm, no man can resist.

This gesture is probably the most deliberate and seductive item on this list and is also indicative of how badly a woman wants a guy’s attention. Without fail, they’ll giggle, twirl their hair and break eye contact.  It’s a cute and endearing gesture that is known to entice men, and it works just about every time for us working girls.

As most are well aware, the pheromones we give off naturally arouse one another’s sexual desire. But what about perfumes and other scent products? A study – conducted by the Smell and Taste Research Foundation in Chicago – discovered that in those with a normal sense of smell, different odors cause an erection. These odors included pumpkin pie, licorice, doughnuts, lavender, and various combinations of these, as well as oriental spice and cola. The most effective were a lavender/ pumpkin pie mixture, a doughnut/ black licorice mixture and a pumpkin pie/doughnut mixture. The obvious conclusion to be drawn from this is that many food-related smells can enhance desire. So ladies, if you want a long night of love making, bake a cake or fill your home with the aroma of baked goods. It will turn your man into the animal he naturally is. As for my fellow working girls, those cinnamon bun scents keep your gentlemen booking over and over again, without even realizing it isn’t just you that is pleasing him to the fullest, it’s the aroma.

Men love those painful yet oh-so-hot items we have a love/hate relationship with: the heels. They love the way heels make a woman’s legs look longer, and accentuate the calf muscles. However, men do not care what style, color or design the shoe is. All they notice is how heels shape the woman’s leg. So while many sex workers prefer designer shoes (and boy do we ever!), high-end footwear isn’t necessary to get a guy into bed.

According to different surveys, men generally feel that a woman wearing tons of makeup is trying too hard to find a man, and that sense of despair instantly turns them off. There is something hot about being able to see a woman’s raw, natural skin. Prostitutes do better business when they use make up that simply accentuates their natural beauty and doesn’t go too far. In other words: false eyelashes aren’t supposed to look false.

That high waisted belt or baby doll top is sure to bring in customers. Men love high waisted. They say it makes a woman’s legs look longer and her waist smaller, which in turn accentuates the hips, butt and boobs.

Well-groomed hands are a plus—and the longer the nail, the longer your fingers appear. Nothing excites and titillates a man like seeing a woman wrap her hands around his throbbing member or clawing down his back during climax! Men definitely notice dirty or untrimmed fingernails. Colored polish is even better because men find that burst of color alluring. However, I’ve found that they don’t care for the trend of elaborate designs, shapes, or words on the nails.